Joyful Heart Foundation & I Am Evidence 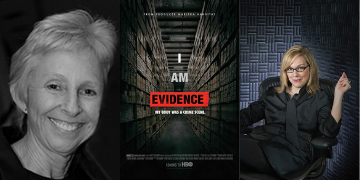 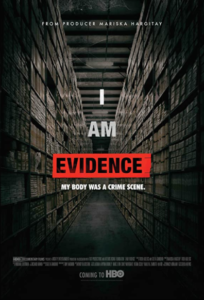 The Joyful Heart Foundation is a leading national organization with a mission to transform society’s response to sexual assault, domestic violence, and child abuse, support survivors’ healing, and end this violence forever. Join us as we sit down with two of the Foundation’s Board members, Lauran Bromley and Debbie Millman, to reflect on the Emmy Award winning HBO documentary “I am Evidence.” The film tells the story of four survivors whose rape kits went untested for years. I am Evidence reveals the historic nature of the way we treat the crime of sexual assault in this country, and the positive effects that occur when perpetrators are held accountable and survivors are given an opportunity for healing and justice.

After registering you will receive a link to view I am Evidence. Links will be active for three weeks prior to the event and expire on April 29. 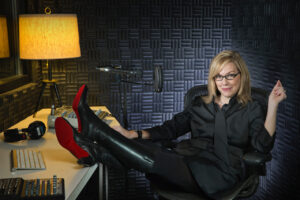 Named “one of the most creative people in business” by Fast Company, and “one of the most influential designers working today” by Graphic Design USA, Debbie Millman is also an author, educator, curator and host of the podcast Design Matters.

Debbie’s podcast, Design Matters is one of the world’s first and longest running podcasts, and as host and founder, Millman has interviewed nearly 500 artists, designers and cultural commentators over the past 16 years. Debbie is the author of six books, including two collections of interviews that have extended the ethos and editorial vision of Design Matters to the printed page: How to Think Like a Great Graphic Designer and Brand Thinking and Other Noble Pursuits.

For 20 years, Debbie was the President of Sterling Brands, one of the world’s leading branding consultancies. She arrived in 1995 when the company was two years old and had 15 employees in one office. Under her leadership, Sterling grew to 150 employees in five offices and she was instrumental in the firm’s acquisition by Omnicom in 2008. Omnicom is one of the world’s largest holding companies. While there she worked on the logo and brand identity for Burger King, Hershey’s, Haagen Dazs, Tropicana, Star Wars, Gillette, and the No More movement. 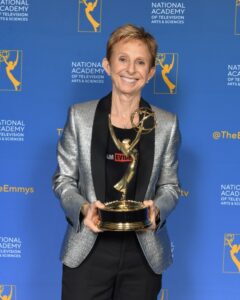 Lauran Bromley is the CEO of several International companies as well as businesses in Hawaii and running the Joyful Heart Foundation in New York city.

She began her professional career in Chicago working for Stern Electronics, where she was the director of marketing after a year of training in all departments for Stern Electronics, a manufacturer of pinball, video games and Seeburg jukeboxes. This was her passion as it was a family owned business which her father started, and Lauran is third generation in the coin operated gaming industry.

In 1989, she founded her own company, Bromley Inc, a global redemption company manufacturing redemption games for arcades. She currently owns a Chuck E Cheese on Guam as well as Guam Music Inc, a gaming retail facility. She also has investments in Hawaii as well as Kent England.

Lauran has a long list of charitable work. In 1990, she established the “Bromley Awards” for a school in Evanston, Illinois which gives merits and scholarships for students in the special education department. This program remains in existence today. Lauran has assisted more than 90 special ed children in attending college through this program.

Lauran plays a significant role in running the Joyful Heart Foundation which was founded by Mariska Hargitay and supports issues based on domestic violence, sexual assault and child abuse.

Her most recent influence is as a documentary producer. Having produced documentaries such as the Emmy award winning, “I Am Evidence” which documents the untold and previously unknown story of the rape kit backlog across America. She has also produced a film on the white supremist killing of the congregation at the church of Emanuel which was recently picked up by Comcast and is the Executive Producer of a film called “ Hot to Trot” which is based on same sex ballroom dancing