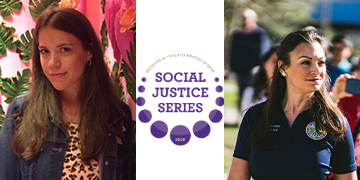 This summer the Supreme Court will render a decision in a case that was raised up from Mississippi in 2018, Dobbs v. Jackson Women’s Health Organization. This new case may overturn the landmark case in reproductive rights of women, Roe v. Wade. No matter which side of the argument your beliefs pull you, it is important to have open dialogue on what the outcomes may mean for women across the country. Join us May 10th as we listen to a conversation amongst sisters. Led by moderator Jackie Recktenwald, an administrator and doctoral candidate at the University of Pennsylvania, panelists Kate Cartagena, Director of Youth Campaigns at Planned Parenthood Generation, and Nikki Fried, Commissioner and Gubernatorial Candidate in the state of Florida, will bring forward the salient points of the supreme court case and what that means in everyday language to women. 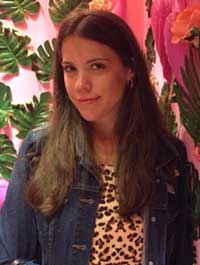 Kate Cartagena is the proud daughter of a union man, Felix Cartagena, and a local progressive volunteer leader, Linn Cartagena. Kate has been a believer of the power of youth leadership since her experience as the founding Vice President of Membership Development of the Lambda Chapter of Delta Phi Epsilon. Now, serving as the Director of Youth Campaigns for Planned Parenthood Federation of America, Kate takes her decade of youth and student organizing experience to resource, uplift, and level up the power of Gen Z and Planned Parenthood activists across the country. Kate’s work is aided by her secondary education degree she received from Adelphi University where, alongside her role in the Lambda Chapter, she was a key student leader in creating stronger consent education policies for her campus in order to decrease sexual violence for her people. When Kate is not supporting young people to organize their communities around reproductive freedom, she is cooking elaborate meals for her partner David, and reading the latest fantasy novel with her two cats, Frankie and Neptune. 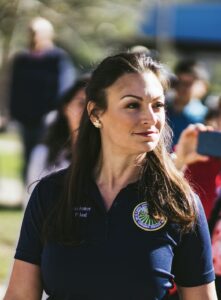 The only Democrat to win statewide in Florida since 2012, Nikki Fried has served as our Commissioner of Agriculture and Consumer Services since 2018. Before taking office, Nikki spent her career as a public defender fighting for justice and giving a voice to the voiceless. A longtime advocate for criminal justice reform and marijuana legalization, Nikki saw the devastating impact of injustice within our criminal justice system. As an attorney, she defended homeowners and stood up to the big banks during the foreclosure crisis, helped secure resources for children in the foster care system, and advocated for medical marijuana. As the only Democrat in Florida’s cabinet, Nikki has been our voice in Tallahassee, standing up for our rights, our safety, and our democracy. She kicked the NRA out of weapons license permitting, legalized hemp for farmers, defended voting rights, and protected our environment. Now, after more than two decades of Republican 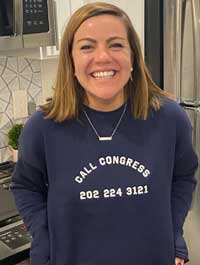 Jackie Recktenwald (she/her) is an administrator and doctoral candidate at the University of Pennsylvania. She works full-time in the Wellness at Penn Public Health & Wellbeing division, and previously worked in the Office of Alcohol and Other Drug Program Initiatives and the Title IX office. She is pursuing a doctorate in higher education at Penn’s Graduate School of Education, and is studying the institutional response to campus sexual assault and impact of interpersonal violence on college-aged women. Prior to coming to Penn, she worked as a staff assistant and scheduler for Senator Dianne Feinstein (D-CA) in Washington, DC. She received a bachelor’s degree in political science from University of California at San Diego, and a master’s degree in higher education from Penn’s Graduate School of Education. She is a proud alumna initiate of Delta Phi Epsilon, and lives in South Philadelphia with her husband, Kyle, and son, Walter. 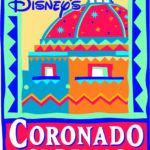