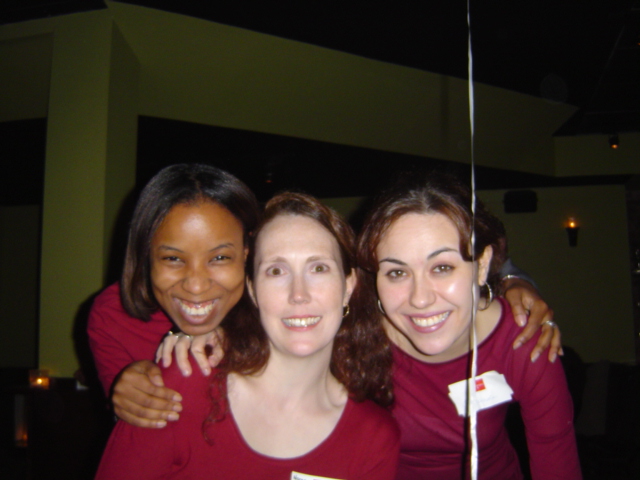 Flipping through the student newspaper one day during her junior year at Cornell University, Stephanie Cockerl (Delta Rho chapter) stumbled upon an ad that read, “Go for the purple and the gold.” Delta Phi Epsilon sorority was trying to refound the chapter on campus.

Interested in expanding her involvement at school socially while balancing a difficult architecture major workload, Stephanie answered the ad and attended a meeting to start the discussion of refounding.

“I loved starting the process from the ground up,” Stephanie said. “This experience taught me to be open to possibilities and go with what feels right. I had friends in other sororities and never felt a good fit, but I soon found that with the creation of DPhiE.”

After about a year of planning, the sorority became a chapter on campus. Stephanie served as the ritualist and corresponding secretary as an undergraduate member, but what really started her involvement with DPhiE was the creation of each sorority’s website on campus. The internet was just jumping off and Stephanie saw the platform as a great opportunity to engage members.

The websites were so successful that International Headquarters caught site of the project and offered Stephanie a job to maintain the international website following graduation. She supported the website off and on for the next 10 years.

“DPhiE taught me the importance of having a voice at the table, not being afraid to speak your mind and always daring to pick up the phone,” Stephanie said. “After two years of sheltering, I am looking forward to getting back with my sisters and embracing our sisterhood that taught me these life lessons.”

Meeting sisters at International Leadership Forum, at different chapter initiations in advisor roles and even joining a reunion of the original founding chapter at Cornell, Stephanie has felt support from members far and wide.

Stephanie reflected on when she lost her mom 17 years ago, and when she had the privilege of initiating her grandmother 7 years ago – both events were filled with an overwhelming presence of support from her sisters. She now serves as the communications chair for the Educational Board Foundation, chapter president of the NYC alumni association and president of the NYC Panhellenic alumni association.

“I feel like all of us in DPhiE leadership are like our own chapter as well,” Stephanie said. “Although we are all across the country, we know that we have a sister a phone call, text or a chat away.”